Pierwszy patch do ELEX - Gothic Up 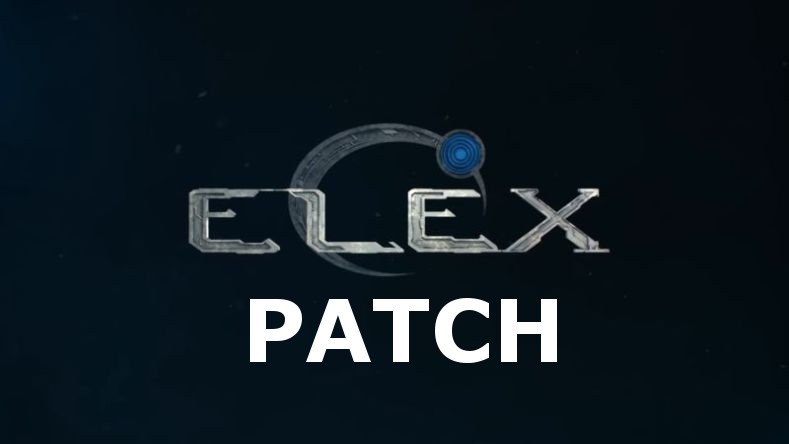 Engine
– Crash fix for systems with more than 16 logical CPU cores.
– If savegame limit is reached, “Create new savegame” is hidden. (limit is 99)
– Fixed saving for all Windows user.
– Fixed some freezes in tutorials. The tutorial won’t be shown if the corresponding key bindings are not valid.
– Fixed saving after the Big Bang fight was not possible.
– Fixed pink water on some older AMD/ATI graphic devices.
– Fixed game freeze when you try to interact during an evade roll.

Quests
– Fixed permanently angry NPCs.
– Kral has now a quest marker for the Mana shrine quest.
– Jax gets the correct award from Reinhold when joining the Clerics.
– Bullet and Lucy don’t die immediately when they encounter an enemy.
– Fixed quest targets when fighting in the arena.
– Trevor now gives Jax the correct reward, depending on his actions.
– Mad Bob’s dialogue is now in the correct order, taking the Jax’s actions into account.
– Jack will change his daily routine if Jax killed Hopkins and his bandits. Furthermore, the dialogue regarding Volkmar’s weapon now works properly.
– The quest involving Riley, Darrel and Paige is closed correctly now. (Might be necessary to sleep in a bed to trigger this fix.)
– Fixed a plot killer for a certain ending of the game. Talk to Logan twice, in case of having this issue in your save game.
– Bill will now return to his hut after the player killed Vance and talked to him about the situation.
– Martha will now not quit the dialogue, after Jax buys food from/trades with her – therefore she will now update the Legate situation if the player choses the ENDE/END dialogue option.
– If the player has joined the Clerics and talks with Darrell, he will now offer a quest for the player. If the player already spoke to Darrell and had only his standard sentence to say, he only must talk to Darrell again and then Darrell will offer the quest for the player.
– Nasty will no longer interfere in the battle between Player and Kid.
– Map Target Ethan/Volkmar will now be removed correctly during the mission: Scrap Delivery.
– Jack has now Volkmar’s Weapon in his inventory.
– If you ask Jora if it’s lawful to take the laser rifle, while he has a Smalltalk with Stormson, both should continue their Smalltalk. If this situation already happened, Jax must talk to Stormson again until he has nothing to say anymore and Jora will return on his Smalltalk routine.
– Now Angrim at waterfall is teleported back to his current daily routine point.
– Sometimes Stormson, Eli, Wolf and Oswald were at wrong positions. Now they are teleported back to their daily routine points.
– Fixed a bug that prevented Jax from joining the Berserkers.
– Fixed Crony U5 mission. Now he won’t get lost in certain locations.
– Kallax gives additional main plot background information at showdown with him.
– Fixed some time related quests.

World
– Removed wrong weather zone in the Hort.
– Corrected some items that were stuck in the ground.
– Fixed some minor graphical issues with some of the Berserker armor.

Game
– Now party members will be more helpful during combat.
– Enemies now have better targeting. They shouldn’t shoot at walls or objects anymore.
– Now there is an option to deactivate the double-click evade roll. To enable this option, you must assign a key to the evade option in the key bindings.
– Human enemies can attack with low stamina now. This should prevent some issues with enemies doing nothing while they have low stamina.
– Now you can transfer chunks of tens in the trade menu.
– Fix for haggler perk. You can buy every item now.
– Fixed helmets being in front of the camera while looting a chest.
– Exploit fix with crafting energy reserve.
– Fixed equipped weapons. They weren’t destroyed when you salvage them.
– Fix where you get an 2h Hammer instead of an 2h Sword at the crafting table.
– Fixed duplicated key binding page.
– Fixed the needed skill to upgrade the chain saber.
– Fixed evade tutorial. It has caused a slow-motion effect for 10 seconds.
– Elex and Elex Potions now show a message that your Cold has increased.
– Fixed Perk Bookworm. Now you get XPs for reading letters and books. Reading Letters without the Perk will also give Jax some XP now.
– Party members don’t move around when the player is in a dialog.
– Fix for some wrong loading hints.

Achievements
– „Honorary Citizen” is now given after 80h of playtime, not after 1h.